Please ensure all children bring a full water bottle to school daily as the water fountains are still closed due to Orange CPF (Covid Protection Framework).

Tēnā koutou katoa.
On the 14th of June, the board announced to the school community it’s intention to select to fill the vacant parent positions on the board and opened up a 28 day consultation period to allow requests for an election instead.
After the close of the 28 day period, we had received 39 requests for an election process, out of 273 parents/caregivers who are eligible to vote.
Since this surpasses the 10% threshold, the school will fill the two parent vacancies on the board through the election process.
The board has resolved to have the election day on the 30th of September. We have also engaged the services of a community member to act as returning officer, Saskia Vosper, and we are very thankful she has offered her services to support our school in the election process.
Below are the dates by which the election process will be carried out. Saskia will be in contact with the community with a call for nominations on the 7th of August.
Those interested in becoming a board member would benefit greatly from reading the “parents guide to the role of the board of trustees”, which can be viewed/downloaded from
https://www.nzsta.org.nz/assets/Information-for-parents/A-parents-guide-to-the-role-of-the-board-of-trustees.compressed.pdf
Key dates; as set by the New Zealand School Trustees Association, in relation to the chosen election day of the 30th of September.
Select returning officer by – 29th July
Close main roll – 5th August
Call for nominations – 7th August
Close supplementary roll – 26th August
Nominations close – 28th August
Voting papers issued by – 2nd September
Election day – 30th September
Accept postal votes – 5th October
Count votes – 6th October
Take office – 7th October
Any questions around the election process or the role of a board member, please feel free to contact the board chair, Greg Ratcliffe
Email – gratcliffe@birkdalenorth.school.nz
Ngā mihi mahana,
Birkdale North School Board. 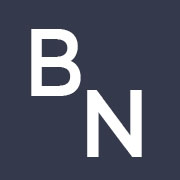